Kevin McHale, a former Boston Celtics player who spent his final seasons with the team in the late 90s and early 2000s, has seen the NBA take a turn for the worse. He says that players are not as strong as they used to be, and that the game is too reliant on dunking.

Kevin McHale saw the NBA take a turn for the worse during his final years with the Boston Celtics. He was on the sidelines when the team was near the top of their division and he could do little to help them.

Kevin McHale won three NBA titles and appeared in seven NBA All-Star Games during his 13-year career with the Boston Celtics. He formed one of the greatest frontcourts of the 1980s alongside Larry Bird and Robert Parish.

When it came time to retire, he realized the NBA was going in the wrong way. He claimed the NBA was becoming a “MTV league” after he resigned from professional basketball.

In the 1980s, Kevin McHale and the Boston Celtics were a dominant force.

During an NBA basketball game at the Boston Garden in Boston, Massachusetts in 1987, Kevin McHale of the Boston Celtics tries to pass the ball over the top of Kurt Rambis of the Los Angeles Lakers. | Getty Images/Focus on Sport

McHale was selected third overall in the 1980 NBA Draft by the Celtics. They possessed the first overall selection in the draft, but dealt it to the Golden State Warriors along with another first-round pick for Parish and the third overall pick, which became McHale. That selection set the tone for the Celtics’ dominance in the 1980s.

The trio of McHale, Parish, and a young Bird played together for 12 years, winning three championships. In the 1980s, the Celtics were unstoppable. The Celtics only missed the Eastern Conference Finals twice during that decade, in 1983 and 1989.

During Kevin McHale’s last seasons in the league, the NBA took a step backward.

In the NBA, the 1980s were a difficult decade. The Celtics didn’t have a single foe. Before facing the Los Angeles Lakers, they faced the Philadelphia 76ers, Milwaukee Bucks, and Detroit Pistons. The games were physically demanding. They were abrasive. McHale claimed he saw a deterioration in the league in the early 1990s after retiring.

McHale went to town chronicling some of the incidents that led to the league taking a step backward in a 1993 first-person piece for Sports Illustrated. He discussed the three-referee system, expansion, and players who join the league as “stars” before establishing themselves. He even went so far as to say that Michael Jordan’s three-peat teams from the early 1990s would have no chance against his Celtics.

“I give the Chicago Bulls a lot of credit for winning three consecutive NBA championships, but does anybody honestly believe those teams could have defeated the 1985-86 winners with Larry Bird, Robert Parish, myself, Danny Ainge, Dennis Johnson, and Bill Walton, even with Michael Jordan?” he wrote.

“Or the 1986-87 and 1987-88 Los Angeles Laker champions with Magic Johnson, James Worthy, Michael Cooper, and Kareem Abdul-Jabbar? Or the Isiah Thomas, Joe Dumars, and Bill Laimbeer-led Detroit Pistons, who won the 88-89 and 89-90 NBA championships with outstanding defense?

“I also believe that the three-referee system, which was implemented in 1988, has harmed the league. When there were two referees on the court, they both went about and called what they observed. The floor is now split into zones, and the referees spend half of their time stating, “That’s not my call.”

According to McHale, the NBA has evolved into a ‘MTV league.’

According to McHale, the NBA has evolved into a “MTV league” where characters are created on the spot.

He said, “The other thing I’ve observed is that the NBA has turned into an MTV league.” “It’s rock ‘n’ roll basketball,” says the announcer. There’s a lot of background noise, including hip advertisements, video, and rap music. Shaquille O’Neal and Harold Miner are two examples of characters produced straight out of the box. In this league, winning used to earn you respect.”

McHale mocked himself, claiming he sounded like a grumpy old guy, but he stood by what he said.

He wrote, “I’m sounding like the grumpy man on the sofa, huh?” “When our generation came in, I’m sure Bob Cousy and Bill Russell shook their heads. ‘Man, what’s up with these guys?’ they must have wondered. The NBA will continue to exist. That is something I am aware of.” 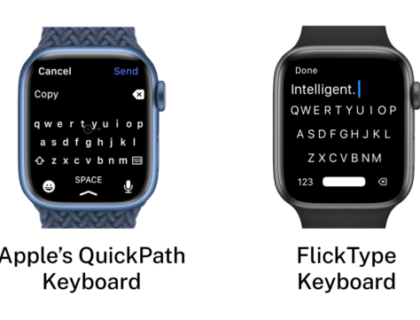