The director of Final Fantasy XIV was interviewed by the endwalker media team about the game’s future. We discuss changes to the game, including cross-server content and new classes.

Naoki Yoshida is the director and producer of Final Fantasy XIV. He is also known as Yoshi-P and has been working on the game since its original release in 2010.

One of the things I like about Naoki Yoshida as a director and producer is that he is obviously engaged in the games he creates. If given the chance to speak about Final Fantasy XIV in depth, he can quickly convert a simple inquiry into a lengthy and well-thought-out response. Few individuals in charge know their games as well as he does, and his enthusiasm for the job is contagious and invigorating.

Our media tour interview took place via Zoom, and followed the standard media tour structure of a few of people asking questions and getting replies while he highlighted aspects of the game’s design and the forthcoming expansion. For the sake of clarity and thematic relevance, the responses are given somewhat out of sequence from the original interview.

Of course, anybody who’s been following fan reaction to the numerous Endwalker revelations and the job action trailer knows the answer to the first question: What’s the matter with Scholar? What can be stated for athletes who believe their profession is falling behind or isn’t receiving the attention it deserves?

The response was split into two parts, the first of which is more a question of perspective than anything else. Yoshida said that in previous live letters addressing job changes, he tried to avoid discussing too much about professions that aren’t changing substantially, but he observed that Scholar was neglected due to a lack of focus in the letter, which wasn’t deliberate. He also wants to give people hands-on experience with the professions rather than attempting to explain every element of gameplay, since he believes the media tour and press impressions are crucial in conveying the entire set of improvements.

(Those of you who have read my article on the healers will notice that I think Scholar is fairly good right now; it’s simply that Scholar is the more healing-oriented of the two barrier healers, while Sage is the more destructive.)

Yoshida also said that the combat design team includes hard-core progression-focused Scholar players, indicating that the profession is not being overlooked and that the team’s aim is to provide as much fun things to each job as possible. However, he welcomes comments about a lack of showy talents or a sense that the professions aren’t as well-designed as they might be, since it will help him plan future expansions and revisions.

Moving on from Scholars, Yoshida addressed some concerns regarding Reaper’s design, which is undoubtedly complicated and tough to master. Some of the difficulty is related to the nature of the media tour, which throws players into the high-level rotation of the job with little preparation time. But it’s also true that Reaper is a very technical and difficult job, comparable to Ninja in terms of execution difficulty.

What’s the reasoning behind it? Because Reaper can do so many things, the designers wanted to make sure that it stood out and that all of the criteria were met. That said, he said that it felt nice to play the profession and acquire more control over it; as you get more used to how Reaper should play, it becomes simpler to pour out a lot of damage, and the constant upkeep feels good as you gain expertise. While the developers contemplated making the task simpler, they ultimately decided to leave it alone in order to maintain a gratifying feeling of mastery as the game progressed.

So, what motivates the team to choose between making minor modifications to an existing task and making major changes? Yoshida stated that significant employment changes are made for a variety of reasons, frequently with both occurring at the same time. The first and most apparent reason for adjustments is when there is a lot of feedback that the current rotation is confusing or unpleasant to play; the second and less visible reason is when technical constraints for a job’s programming begin to play a role, which was one of Summoner’s problems.

He noted that it’s often difficult to comprehend why certain systems are altered while others aren’t, with some aspects relating to technical behind-the-scenes implementations that aren’t always apparent to outside observers. During Shadowbringers, for example, the subroutines responsible for Ninja Mudras were entirely changed, although it was mostly undetectable to the player.

When asked about the job he’s most eager to see people do as a designer, Yoshida chuckled and said it seemed like a trap to learn that he hadn’t yet settled on a major role to play. Reaper, on the other hand, he believes will be a great new experience for experienced DPS players. Summoner is another highlight of the expansion, since it should seem like a whole new profession that is closer to the traditional vibe of previous Final Fantasy Summoners, so he’s looking forward to seeing how people react to it.

Beyond class balance and design concerns, Yoshida explained why the Hydaelyn and Zodiark narrative needed to conclude now. As Yoshida expressed it, he’s a huge admirer of long-running serial television programs like Lost and The X-Files, but one of the issues with long-form storytelling is the risk of over-extending the core narrative concept and delaying resolution until it becomes ludicrous. He compares each expansion to a season of a television program, with Endwalker acting as the fifth season in that respect.

Of course, this wasn’t always the goal; up until Stormblood, the team was concerned that FFXIV wouldn’t be able to support itself and would be terminated. The team felt secure in building things up and providing a genuine building action up to a big climax only after the release and reception of the second expansion, with fair confidence that there would be enough room to tie up one narrative and go on to the next.

So, even though Endwalker is wrapping up one narrative and beginning a new one, Yoshida is sure that this is the appropriate moment to wrap things up. It prevents the stakes and the build from becoming overpowering and unresolved.

Last but not least, Yoshida addressed the issue of crunch time and player complaints about the amount of time the team was working. He stated that there are stringent regulations regarding how long workers are permitted to work, even in the lead-up to growth, and that overtime must be sought and authorized individually for each person. Excessive work hours are becoming more rare in Japan, and Yoshida wants the studio to set an example for other companies to follow.

Having said that, overtime is occasionally asked, and there are even instances like Soken working through cancer, but as Yoshida himself stated, the game’s developers regard FFXIV as a significant part of their life, a piece of art that they want to continue working on. Soken was the one who asked to remain working since, in his words, the players’ trust and goodwill were part of what enabled him to battle cancer. For how dedicated he is to his work and how much it matters to him, he even describes himself as insane.

Is it possible to make a long tale short? Don’t be concerned about the extreme crunch. If you’re concerned that some of the leadership takes the game seriously and puts in a staggering amount of effort to support it, be assured that this is true, but only because they want to provide a great experience. So keep playing and having fun with the game to show your support for them.

The naoki yoshida net worth is a question that has been asked multiple times. Naoki Yoshida, the producer of Final Fantasy XIV, was interviewed by GameSpot. 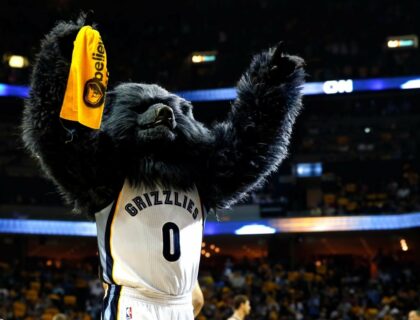 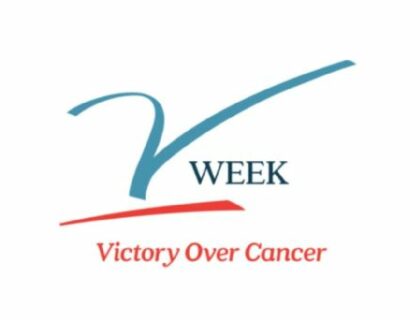